ASIAN WASP: Invasive species could be eradicated from Spanish island 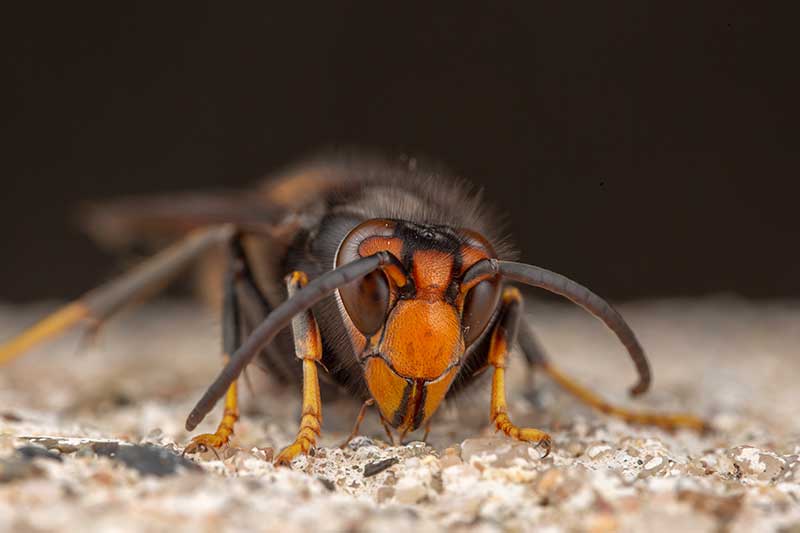 EXPERTS are optimistic Mallorca could be the first ‘territory’ to eradicate the predatory species of the velutina Asian wasp.
If there are no new sightings by July 2020, the work of a team of biologists and expert bee keepers from Mar Leza University, will have made major progress in removing the species.
In large numbers, the velutinas are capable of killing 12 million bees each year, amounting to 3,000 beehives.
In the three years since the eradication project was launched, nests 80 cm wide and weighing seven kilos have been found. These can house more than 8,000 wasps.
Following reports in mainland Spain of 4,000 nests being recorded in Cantabria, for example, experts anticipated recovering 100 or more nests in Mallorca.
But so far this year they have found just one.
Some 580 traps baited with fish to attract the velutina wasp, have been distributed throughout the Serra mountain range, and are checked every 10 days.
According to biologists and experts in beekeeping at the Mar Leza University, if a velutina is found in trap, it is because there is a nest nearby.
Using binoculars, once the wasp is released, researchers use binoculars to follow its course ‘home’. Having located the nest, the team wait until night time when all of the wasps are inside, and remove it.
David Colomar, who is responsible for the Balearic Islands Centre for the Reception of Exotic Animals, said ‘removing the nest is key to ending the Asian wasp, at its weak point’.
The velutina was first detected in Mallorca in 2015 by a beekeeper in the Soller Valley. That year the first nest was removed, but since then, the species has expanded within the Serra de Tramuntana and has affected a total of 10 municipalities on the island.
Between 2015 and 2017 a total of 30 nests have been located and removed.
Colomar said the ‘outlook is good’ and Mallorca can become a ‘benchmark’ in the removal of the Asian wasp, but ‘you should not lower your guard’.
Members of the public are also asked to report any sighting by emailing the Species Protection Service by email at: [email protected] or by calling 971 784 956.