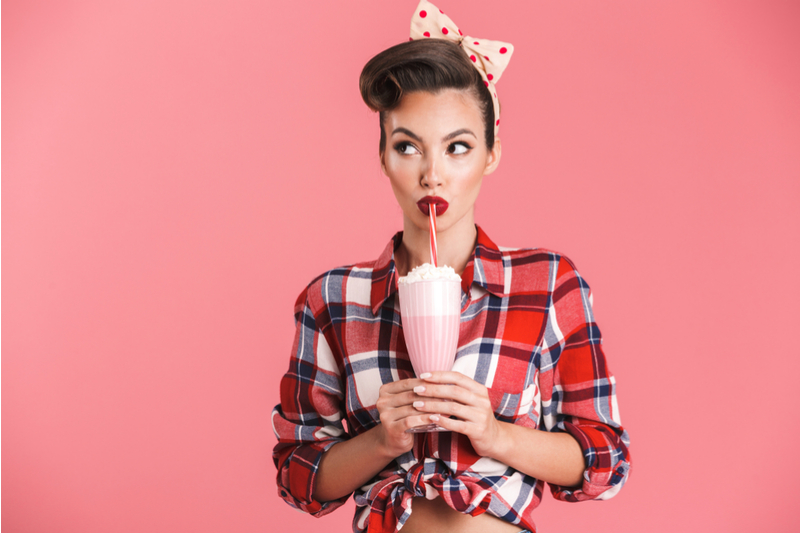 HIGH CALORIE: Some contain as much as 1,280 calories. CREDIT: Shutterstock

CAMPAIGN group Action on Sugar is demanding a ban on ‘freakshakes’ and all high calorie milkshakes sold in high street restaurants and fast food chains.
It surveyed the drinks sold in a variety of these type of establishments in the UK and found they contained “grotesque levels of sugar and calories”.
Key findings were that some contained a ‘shocking’ 39 teaspoons of sugar, more than six times the recommended daily amount of sugar for a seven to 10 year-old.
Others had more than half the daily recommended amount of calories for an adult.
The Toby Carvery Unicorn Freakshake came top of the survey containing the maximum amount of sugar and 1,280 calories.
As a result of the findings, and to mark the end of its third National Sugar Awareness Week (last week), Action on Sugar is calling for mandatory traffic light coloured nutrition labelling across all menus.
Red would signify ‘high’ levels of sugar per serving.
The group also wants to see a ban on the sale of milkshakes that exceed a calorie limit of 300 kcal per serving.
And the calls have the backing of many charities and high profile figures including Tom Watson MP, TV personalities Davina McCall, Fiona Philips and celebrity chef Hugh Fearnley-Whittingstall.
The ban is a step further than Public Health England’s plans to achieve only a 10 per cent reduction in sugar by mid-2019 and a further 10 per cent by mid-2021 to meet the 20 per cent overall target. According to Action on Sugar, this will still leave milkshakes with ‘vast and unnecessary’ amounts of sugar.
The campaign group also investigated the sugar and calorie levels in milkshakes sold in supermarkets and found that 90 per cent of the 41 products surveyed would receive a ‘red’ (high) label for excessive levels of sugars per serving as sold.
It was pointed out that two contained no added sugars and all the sugars in those products are from milk.

Tara Rippin is a reporter for Spain’s largest English-speaking newspaper, Euro Weekly News, and is responsible for the Costa Blanca region.
She has been in journalism for more than 20 years, having worked for local newspapers in the Midlands, UK, before relocating to Spain in 1990.
Since arriving, the mother-of-one has made her home on the Costa Blanca, while spending 18 months at the EWN head office in Fuengirola on the Costa del Sol.
She loves being part of a community that has a wonderful expat and Spanish mix, and strives to bring the latest and most relevant news to EWN’s loyal and valued readers.