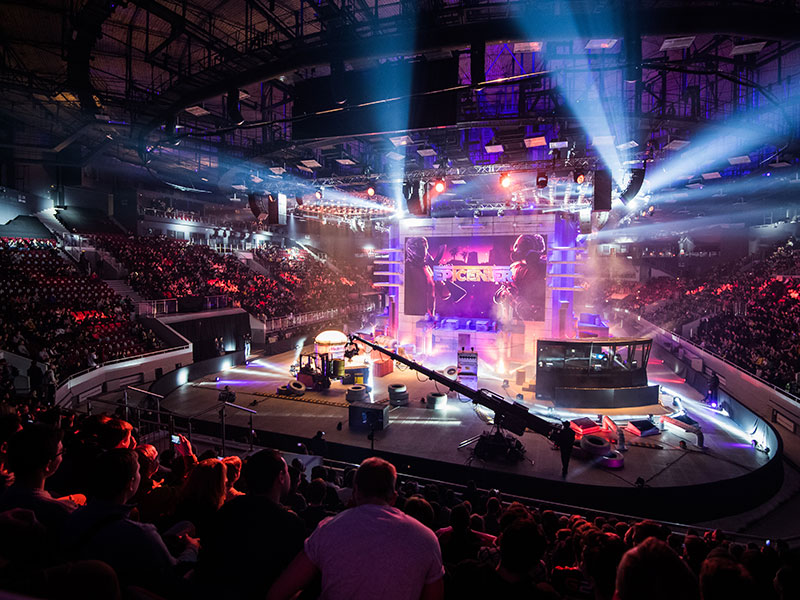 With all the technological advances, eSports have become a new lifestyle for many. It should be noted that although video games have many decades in the market, it is not until a few years ago that this activity is being taken as a professional sport. With this said, there are many differing opinions about it, and say that this activity is not a sport as such.
However, little by little this concept has been changed into something much more tolerant. If you are a passionate person of video games, you may want to learn the great influence that eSports can have on our society. Or if you are just curious and perhaps want to delve much more, this information can be very useful.
As we have already mentioned, the origin of this discipline has to do with the appearance of the MOBA games, back in 2010. Great titles like DOTA 2 and League of Legends have influenced a great generation of gamers that not only seek to be the best in the game, but also be recognized as professional athletes in this area.
We cannot leave aside other titles, such as Call of Duty, Counter Strike and FIFA events, where gamers show their best skills. And not only that,  they also play live before a large crowd, in addition to broadcasts on both television and streaming services.
A few years ago, it looked like something impossible. Since a person who was playing a video game for so many hours was considered simply a lazy person without any kind of future. However, times have changed, and now many young people are looking for a place in any of the professional leagues to demonstrate what they are made of.
Its great influence in recent years
We have already told you about the concrete origin of this activity. But now you have to see the role that society has taken with respect to this. You have to take into consideration that  alot of money  moves with these events, and it is practically impossible to count all the profits it generates. Of course, we are not talking about a few dollars; they are billions that move every year.
There are many companies that want to form their professional team of League of Legends or Pro Evolution Soccer. This generates a lot of profits to it, since the sponsorship works as advertising, and if their boys are highly recognized in the media, much better. The same happens with individual investors, personalities, athletes of the NBA or the MLB, all seek to join this phenomenon.
And it is not for less. We are talking about young people who can beless than  23 years old, and they are superstars worldwide. In the main cities of the world, people make long lines to watch the competitions in wide spaces, especially in stadiums. South Korea is the perfect example of this, where eSports are recognized as a sport. And even pay more attention than the sports disciplines themselves.
Apart from that, there is also a large amount of money that is handled in the field of betting. Sites like topratedonlinecasinos.org handle excellent information about the best rated online casinos. All this makes eSports an activity that manages much more money and reaches all corners of the world in one way or another.
Nor can we ignore the great cultural influence that this discipline has. Different artists and celebrities have declared themselves big fans of eSports. A perfect example is the band Imagine Dragons, who recorded the song “Warriors” for the League of Legends World Championship in 2014. This is just a small example; more and more people are joining this feeling that will be unstoppable, here in a few years.
What does the future hold?
As with many technological advances, you will have a better future within a few years. It is necessary to add that, the social influence that this activity has, is abysmal, in addition to the large amounts of money that it handles. This means that more and more are invested in competitions and many more companies want to be part of this phenomenon.
It is expected that by 2021, at least a quarter of the world’s population will know what this discipline is about. And not only this, eSports can also be  taken seriously as an Olympic sport. To date, the International Olympic Committee does not take it into account in the least, but a few years from now it is possible that it will happen. Everything is a question of popular recognition and how it can be expanded in the very near future.
In addition to this, major sports brands such as Nike or Adidas can take into account professional gamers in a few years. As already mentioned, all this depends on the expansion of the activity. But with the good pace that is going, it would not be surprising if you can see your favorite gamers posing for a publicity board of a professional sports brand, nothing is impossible.
As you can see, eSports are slowly becoming an international trend of the highest level. More and more people will join this feeling and encourage their favorite teams. The video game industry continues to grow every day, so it will go hand in hand with these competitions. In addition, these events will be done in much larger spaces and better tournaments, as well as more talent and gamers with better skills.
Something as simple as the celebration of footballer Antoine Griezmann, player of Atletico de Madrid doing a dance of the Fortnite game every time he scores a goal, suggests the reach that this whole market has in today’s society. So don’t have to worry about it, eSports are in very good hands and for many years to come.