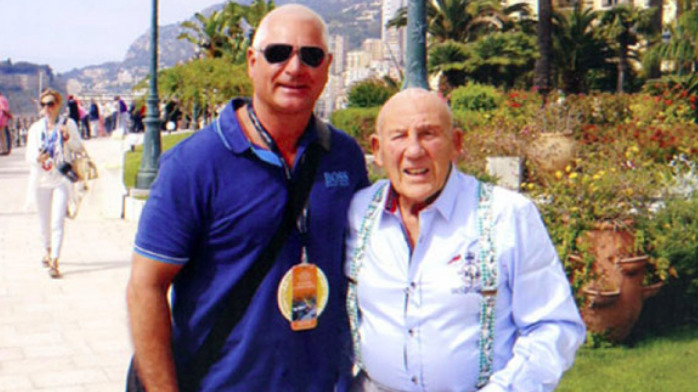 If there’s one thing you should know about Steven Euesden, founder of the Euro Weekly News, is that when he’s not working hard for the Euro Weekly News (which is rarely!) football is one of his biggest passions, with Formula 1 following not far behind.

Although born in the 60s, Steven was too young to remember first-hand the 1966 World Cup, in which England beat West Germany after England’s Geoff Hurst scored the winning goal. He fears that, “unless the England squad get their act together” that he won’t be around to see them do it a second time, having to settle for England’s women’s team to be the ones to bring it home like they did this year.

He lists “seeing England win the World Cup” as one of his biggest ambitions, behind living long and happily with his wife, Michel and being able to work less and play more. Steven is very honest about how “staggeringly hard” he works in order to keep producing the Euro Weekly News and to continue its expansion as the biggest English-language newspaper in Spain.

Although sometimes the stars align, and we get to combine business with pleasure, which Steven got the chance to do when he attended the 2014 Historic Monaco Grand Prix. He was also privileged enough to meet Formula 1 legend Sir Stirling Moss, who won 16 Formula 1 Grand Prix races between the years 1951-1961 and remains one of the best drivers to have ever come from the United kingdom. In total, Sir Stirling Moss won 212 of the 529 races he competed in across various categories.

The Historic Monaco Grand Prix has taken place for almost 30 years, since 1997. It is staged two weeks prior to the Formula 1 Grand Prix in Monaco. The event, organised by The Automobile Club of Monaco (ACM), takes place every two years on the same challenging circuit as the Formula 1 GO race. The one immense difference is the types of cars; top-of-the-range high-tech model cars being swapped out for vintage models.

The decision for a vintage remodelling of the Grand Prix was an intentional decision by the event’s organisations who wanted to tailor the race so that spectators and participants would have the opportunity to experience the motorsport event as it would have been on the 14th April 1929 at its inception.

Great Britain swept the leaderboard, winning 5 of the seven race categories, much to Steven’s delight. He commented about the event: The day was amazing. It was unbelievably superb to see Team GB taking so many of the awards”.

From Newcastle originally, Annie is based in Manchester and is a writer for the Euro Weekly News covering news and features. Got a story you want to share? Then get in touch at [email protected]