Controversial Bishop resigns apologising for year of errors in judgement 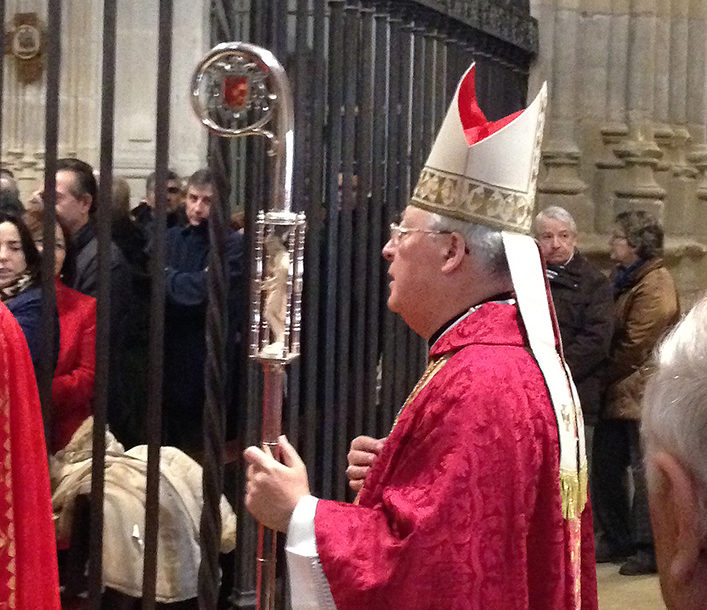 A controversial Bishop resigns in Spain apologising for the many errors of judgement made over the years.

The resignation was today Wednesday, September 21 accepted by Pope Francis on the grounds of his age, effectively providing the controversial Bishop to leave freely and without judgement.

Juan Antonio Reig Plà was based the Bishop in Alcalá de Henares outside of Madrid from where he spread his much-criticised views on everything from homosexuality to euthanasia.

Another Bishop who was never reined in by the Catholic church, Reig Pla promoted “spiritual healing” courses for homosexuals, and accused Spain’s Prime Minister Pedro Sánchez of having turned Spain “into an extermination camp” after approval of euthanasia laws.

Reig Pla went much further with his views publishing an article in 2014 that compared Spain’s abortion laws with “Auschwitz Trains” and the “Holocaust.”

Despite his views, the Bishop was allowed to reach the retirement age of 75. He will now be replaced Jesus Vidal, a born and bred Madrilenia who holds a degree in economics and business science from a local university. Born in 1974, he was entered the conciliar seminary in 1997 and was ordained a priest in 2004.

Reig Pla in apologising for his mistakes thanked the diocese and the congregations saying: “For all the families, the young people and the suffering people of the diocese, whom I have loved with a love of predilection, the priests and seminarians, and the members of the consecrated life, I ask you to pray for me so that, until the last breath, can be a witness of God’s love.”

Those not connected with the church and perhaps even those within its ranks will be asking how the controversial Bishop who resigns apologising for years of errors could have been allowed to remain in office.