Guardia Civil in Burgos to receive over €7M for infrastructure improvement 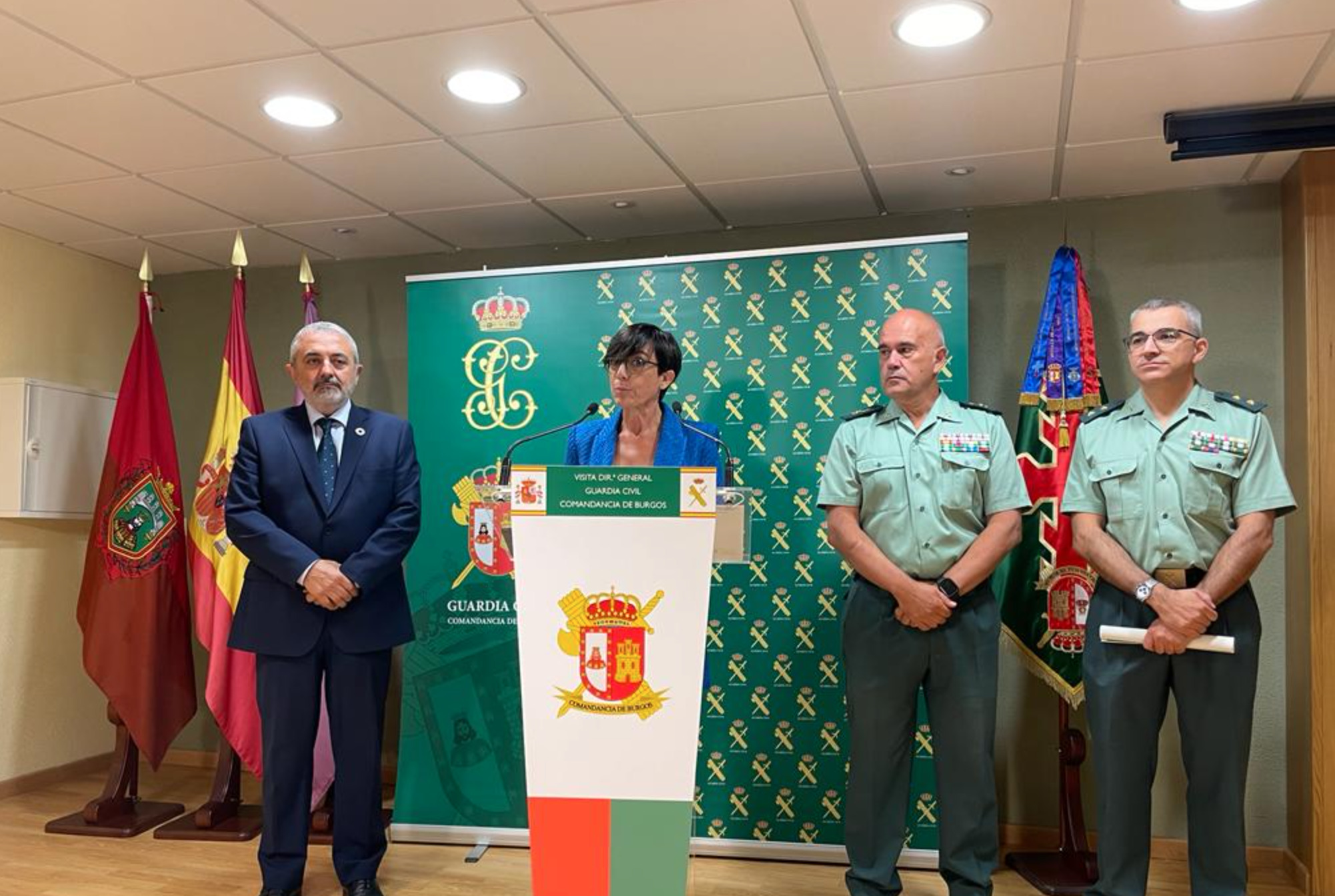 The Guardia Civil in Burgos will receive more than €7 million to improve its infrastructures, as reported on Wednesday, September 21.

The Director General of the Guardia Civil María Gámez, announced the improvements for Burgos as part of the Recovery, Transformation and Resilience Plan.

The aim is to gradually reduce energy demand and dependence on fossil fuels in the buildings assigned to the Interior, as well as promoting renewable energies and self-consumption and moving towards ‘zero emissions’ mobility in the fleet of police vehicles.

These projects are being undertaken with European recovery funds and demonstrate the government’s commitment to the Demographic Challenge because they are mainly located in small municipalities and rural areas, explained the director general.

In this regard, María Gámez said that the Guardia Civil is benefiting from a hundred actions throughout the country, of which 28 are concentrated in Castilla y León. Of these, 5 are planned in Burgos.

The total investment in Burgos amounts to €4.40 million and energy renovation is estimated to cover a total surface area of 9,000 square metres.

The five projects in this province, which has the most projects of all the provinces in the country, are being undertaken in the Burgos Command and in the barracks of Medina de Pomar, Villadiego, Quincoces de Yuso and Treviño.

Once completed, a minimum energy saving of 30% is estimated. María Gámez added that new projects will be undertaken in this province as the budget becomes available.

The news follows reports that the Guardia Civil arrested a lorry for driver for exceeding the alcohol limit by seven times, in Spain’s La Rioja, as reported on Wednesday, September 14.