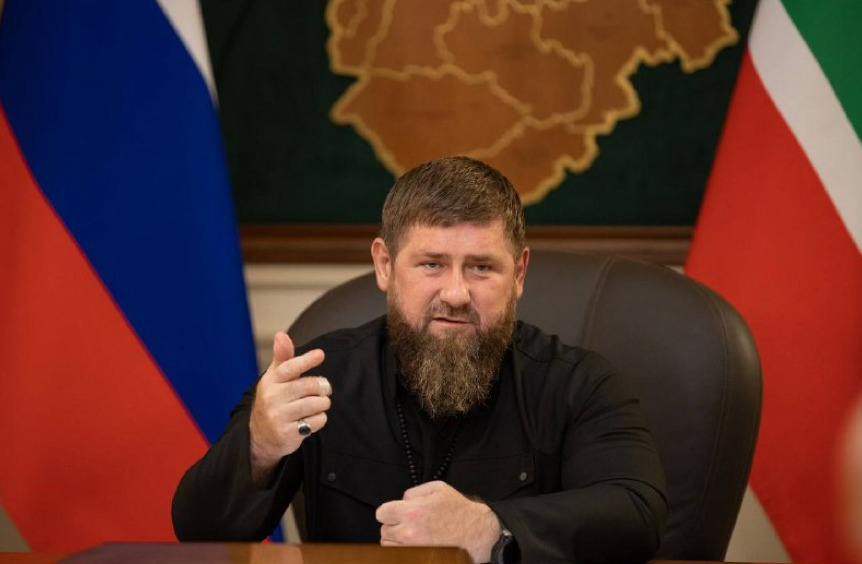 Ramzan Kadyrov Russia’s Chechen leader has expressed his pride at the regional referendums taking place in Donetsk, Luhansk, Kherson and Zaporizhzhia, as reported on Friday, September 23.

The Chechen leader expressed his feelings on the regional referendums to join Russia on his official telegram channel, stating:

“Friends, I am watching with interest and pride as a referendum on the future of these regions has been launched in the DPR, LPR and Zaporizhzhia and Kherson regions.”

“This is a long-awaited event! We remember how the residents of the Chechen Republic in the early 2000s were waiting for a referendum to put an end to the bloodshed and become full citizens of Russia.”

“It happened. And anyone can see for himself how our region has blossomed after this momentous event. After the referendum peace came to us. We began to live, not to survive, we have built cities and now live in complete security.”

“I am sure that residents of Donbas, Zaporozhye and Kherson will make the same right choice of their future. Russia does not abandon its people and will do everything to make its citizens feel safe.”

“I congratulate Denis Pushylin and Leonid Pasechnik on this important and responsible event in lives of several millions of people! ”

“A great and beautiful future is only possible with Russia! It will be the only true choice!”

On Monday, September 19, the Public Chambers of the Donetsk and Luhansk People’s Republics urged the heads of the republics, Denis Pushilin and Leonid Pasechnik, to immediately hold a referendum on joining the Russian Federation and those requests were met.

Referendums will be held from September 23 to 27, as announced on Tuesday, September 20.

The public council of the Kherson Region also asked the head of the region, Volodymyr Saldo, to urgently hold an immediate referendum on Russia’s accession. This was also agreed upon and will follow the same dates.

Also on Tuesday, September 20, Denis Pushilin, who recently faced reports that he had resigned as DPR leader and fled the region, said that there would be no public executions for ‘foreign mercenaries sentenced to death’.

“Executions and the absence of any information on requests from relatives, this is all stipulated by the legislation of the Donetsk People’s Republic concerning capital punishment,” said the head of the republic.