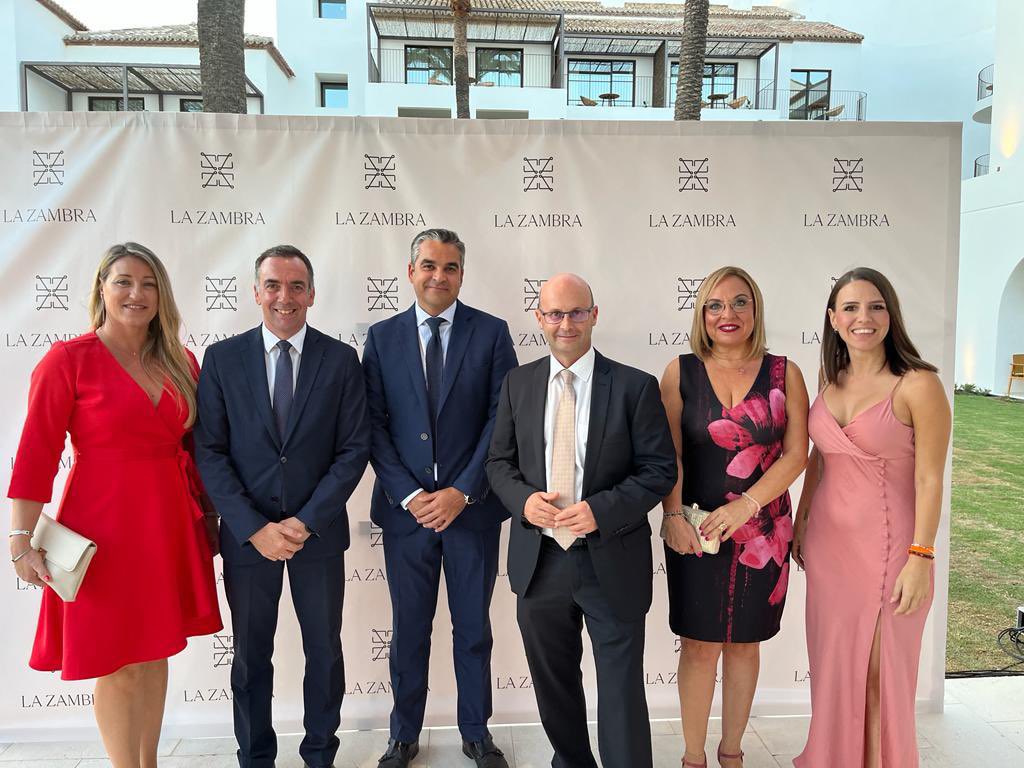 The legendary Byblos Hotel, now called La Zambra, has reopened its doors after being closed for 12 years, in Mijas, Malaga, Spain.

The inauguration was attended by the mayor of the town, Josele González, together with the first deputy mayor and councillor for Tourism, José Carlos Martín and other members of the government team.

“We have worked closely with the property to make this opening a reality. What was an icon and international benchmark of the hospitality industry and a hallmark of quality tourism on the Costa del Sol reopens its doors generating more than 200 jobs thanks to the agreement signed between the hotel and the local government so that at least 50 percent of the workforce is from Mijas”, said the mayor of the town.

He added, “without doubt, this opening is a boost for our economy, not only for the jobs that are created, but also by the economic impact that will generate the arrival of more tourists to the area.

For his part, Martín pointed out that “the opening of this luxury accommodation is an undeniable attraction for the call of visitors with high purchasing power who are looking for this type of comfort in an incomparable setting”.

“The hotel is located in the heart of two golf courses with an environment full of leisure, gastronomy, sun and beach, nature and sport, which places it as a reference and ally to break the seasonality which results in local economic stability and the maintenance of jobs during the low season,” said the deputy mayor.

The hotel hosted historical figures such as the Rolling Stones, Princess Diana and Julio Iglesias, before its closure on May, 31 2010.

The newly named La Zambra is run by the multinational hotel chain Hyatt and owned by the investment fund Intriva.

With 197 rooms, the five star hotel is located next to two golf courses and boasts an incredible Penthouse Suite, which has a surface area of 125 square metres, views of the gardens and the golf course, customised high-end furniture, a wine cellar and three terraces of 7, 16 and 220 square metres respectively.

The main terrace, as explained on the hotel’s website, includes a private pool, a dining area sheltered under a pergola and a lounge area.

First opening in 1984, the Byblos Hotel attracted luxury tourists from across the globe thanks to its cuisine, amazing facilities, tranquility and the added bonus of its golf courses.

The luxurious offerings of the hotel eventually lead to its bankruptcy, with 114 workers reportedly losing their jobs.

The hotel was bought by developer Aifos, and later acquired at auction by a British businessman who went on to sell it to the Ayco real estate group, who would, in 2019, sell it to Intriva Capital.

“Inauguration of the Hotel La Zambra 5*, which has meant the complete renovation of the former Hotel Byblos, one of the star projects for our municipality due to the important impact it will have on our economy and employment.”